Human occupation of this part of the Murray Valley began with Aboriginal people thousands of years ago. The Aborigines pattern of life remained undisturbed until in 1824 the explorers Hume and Hovell arrived. By 1836 the first white settler, Robert Brown had opened a store near the river crossing place.

The new town was surveyed by 1838 and named after an English village and at the same time the first police camp was established near the Crossing Place. Albury town life has been recorded in local newspapers since 1856. The first council in Albury was elected in 1859 with J T Fallon as Mayor. 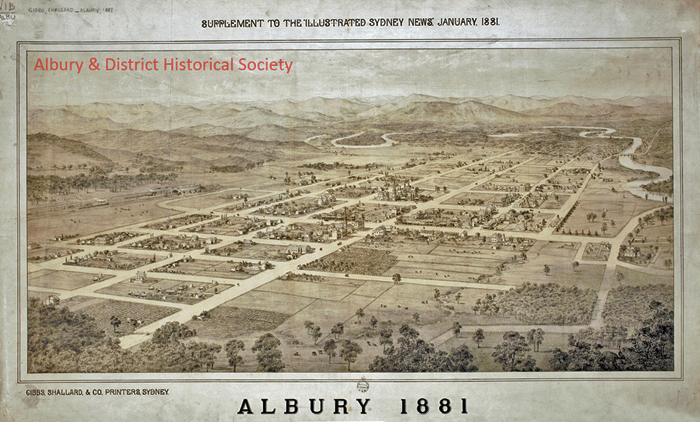